Jamon “Truebeatz” Turner was born in November 1979 in Cincinnati, OH. In 2004, Jamon “Truebeatz” had found a passion for music. He began producing beats in his Walnuthills home where he lived with his family. Starting out using a PlayStation 2 Video Game “Music Maker” and “Ejay Clubwork”, Jamon Truebeatz learned how to arrange chords and created his own unique sound. “Truebeatz” soon upgraded his beat making skills to a computer, a MPD24, and the Beat making Software known as “Fruity Loops”.

After a couple of years of perfecting his craft, Truebeatz began working with an Atlanta Rapper known as Jack Travis. Truebeatz produced several beats for Travis’ mixtape which include songs such as, Love Hardbody, Mindride, and It’s a Takeover. By this time, Jamon Truebeatz started gaining more exposure with local artists from his hometown of Cincinnati. Truebeatz produced a track Tonight for local artist Regis Sorrells. He produced beats for Cincinnati rapper “Saga the Great”. Those tracks were The Stars Align, Let It Flow, and This Aint Music This is Life from Saga’s volume 2 mixtape. In early 2012, Truebeatz was featured in his hometown’s magazine Double Cin. While Jamon Truebeatz was gaining momentum with his career of producing, tragedy strikes his family. Truebeatz grandmother, who he was very close to passed away in April of 2012. Seven months later, while he was still trying to cope with the loss of his grandmother, his grandfather suddenly passing away as well. Because the death of his grandparents took a toll on him, Truebeatz decided to take a break from his producing.

Jamon Truebeatz Turner was not gone long from producing, and by 2014, he was 10 years into the game. Truebeatz was networking with independent artists all across the globe. 2015 has been a great turning point in Truebeatz career. Coast2Coast Mixtapes featured On da Block in it’s Beatmix vol.16. and Let’s play House was featured in BeatBangers vol.4. He produced an R&B track Sexy You Are which was picked up by the popular Reality Show Keep Up with the Kardashians. The beat will be played as a background track on the show. Along with great accomplishment, Jamon Truebeatz Turner has been featured in numerous online blogs. Today Truebeatz can be found on social media as well as producing beats in his in home studio. Jamon Truebeatz Turner lives by the quote “If you struggle hard then you gotta grind harder” -Truebeatz 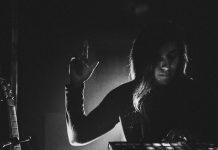 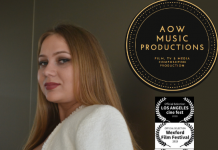 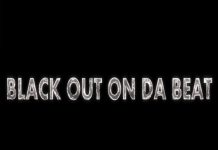