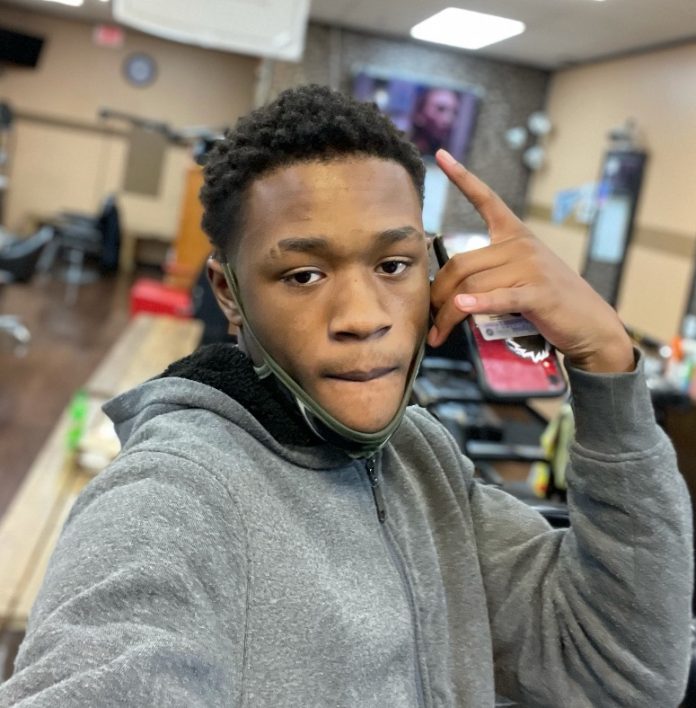 YxungR8 (Born October 23, 2004) is an upcoming Rapper/Producer from Hampton, Virginia. YxungR8 came up with his name because his favorite car is an Audi R8 and his last name is Young. He just put the two together, added an x and stuck with it. R8 used to go by another Artist name releasing low quality music under “Icy J,” but he wasn’t feeling it anymore and came up with YxungR8. R8 has produced and/or featured in tracks with 02Loaded, TxGlizz, Life of Ashon, Tokoyo Supreme, and much more. He has earned thousands of plays on YouTube, Spotify, SoundCloud, and Apple Music, from songs such as “Not Right” and “Bad.” In 2020, he released his “Money” – EP, which has gained thousands of new plays to this relatively new artist. This artist has also been gaining more of a following on SoundCloud with his latest single “NO DRAMA” hitting 10K plays with 336 Likes. It is still more to learn about this new artists. I’m sure that his best has yet to come.

I have been making beats since 2012 (I was 8 at the time) I used to show people around my school and everything they were good then but I have progressed over the years. I didn’t start posting my beats to my YouTube till 7 years later. I quickly started growing on my YouTube with making beats. I had started rapping around 2019 dropping music I recorded on my phone. The name I was going under I didn’t want anymore. I got a new name and ran with it. So I would say about, year in a half.

My latest single “NO DRAMA” has hit 10.1K with 336 Likes on SoundCloud alone. The background of this song is I had went to one of my good friends house with my cousin one weekend, (his rap name is “Hide the drip” find him on SoundCloud or YouTube) but I had recorded two songs for him cause I told him I brought all of my equipment and that I could record him cause he didn’t have any equipment. So we get done recording him and he had a Music Room cause his did does a lot of music production and stuff. So we go in there and I remember seeing this big keyboard, I look and see an audio interface. At the time I didn’t have one, so I’m like, oh shoot it an audio interface that we can use. So we connect it and everything, I made this hard beat and I That was the first time I rapped to my own beat. So we finish recording and I mix it and everything, it sounded fire. Him and my cousin wanted to drop it that night but I had told them to wait cause I was going to release it on distrokid so it can get on all platforms. So I made the album cover, released it, promoted it heavy, and the rest is history.

I was just always into music making. Beats was fire, but I just got better over the years. Then I had decided to start rapping and since 2019 I have been releasing music to all platforms.

The music industry in 2020 is a lot of mumble rap and autotune but that is just what people listen to and what they demand. So that is the type of music that is getting plays in 2020

The most influential artists I think now are Lil Uzi Vert and Drake. I say that cause of just there following and just what they have accomplished over the years and still to this day so yea.

I have collaborated with TxGlizz, 09 Supreme, $waejayy, and my friend CJ (hide the drip). I do have bigger features coming in the future so stay tuned.

I don’t really have a dream collaboration. I guess if I had to chose It would be Lil Uzi Vert. I just like his style of music that I would collab with him if I ever get the chance l.

I have never bought an album before.

My favorite song at the moment is Fell Off By SSG Splurge. it’s fire

I would leave my “Boomin” Album because it’s the only album out currently.

I’m, I don’t really have a favorite saying at the moment but will be thinking about it

I like to play video games and watch Anime, I’m a big Anime fan. I also play basketball too.

Nope, all clean but might be getting a tat, I don’t know yet.

I am working on an EP It should be done around December or so, so stay tuned I got some fire dropping soon.

Yet to be said, just know I will continue to release fire. All I can say is, stay tuned if you want to hear some fire.

What flow do you like more, the Splurge X Comethazine flow or The Autotune singing type flow?

I just want to thank you Artistrack for interviewing me, I really do appreciate y’all. You all are awesome, thank you.