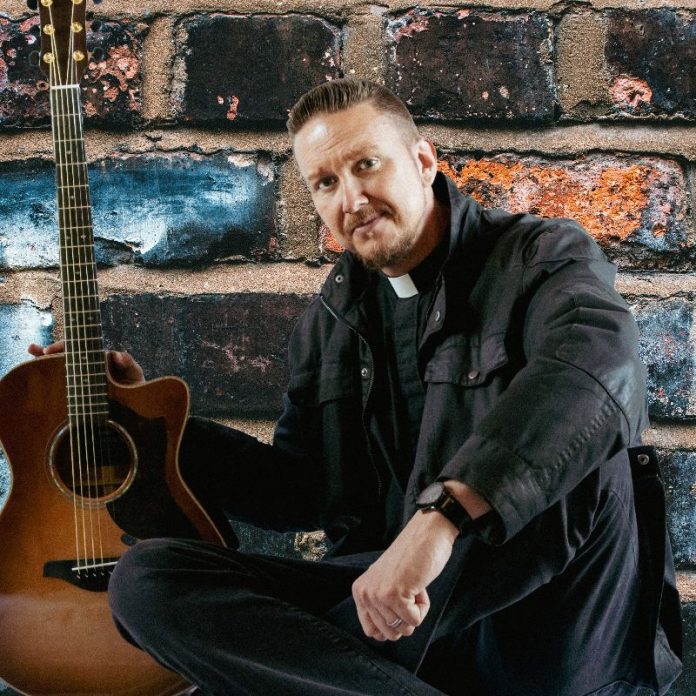 ArtistRack catches up with Rick Bauer (Mr the Invisible) for an exclusive interview and insight into his latest release:

The Reverend Dr. Rick Bauer is a veteran touring musician and record producer from South Florida who has released eight solo albums under the name Mr the Invisible while crafting productions for a wide variety of other artists. Rick returned to the creative well in 2021 to craft the songs that would become 2022’s “Begin Again”. This album represents a return to early musical influences and was done in its entirety (all writing, instrumental performances, recording, mixing, and mastering) by Rick from the newly designed Red Room III studio in Lancaster, PA.

I’ve commercially released eight full-length albums as a solo artist, recorded five albums as the lead vocalist for other rock groups and have produced a dozen records.

My latest release “Begin Again” marks a return to the musical influences that shaped me when I began my journey in the music business. As a child of the 80s, and a working singer/guitarist in the age of alternative rock, my sound has been shaped by the melodic and aesthetic sensibilities of groups like Tears for Fears and artists like Peter Gabriel while my vocal and playing chops have evolved on stage in the mode of groups like Alice in Chains and Stone Temple Pilots. Blending these influences with mixes of Bowie, the Beatles, and Neil Young undertones, this new album’s sonic character lifts up the sounds that have been the soundtrack to my own life. But lyrically, it’s unique and new; inspired by my work as a spiritual teacher with fifteen years of theological academic training, twelve years of professional teaching experience, and the cross-cultural experience of decades of world travel.

My father was a full-time musician when I was a kid and I started singing on stage with his band when I was seven years old. I had my first paying gig when I was eleven and had written and recorded the soundtrack for a nationally televised commercial before I was eighteen. I worked my way through college and graduate school playing and singing in clubs full-time and was hired as the lead vocalist for a string of up-and-coming rock acts out of the South Florida music scene in the 90s. In the 2000s, I started working in Northern Europe on the Scandinavian troubadour circuit, started an indie label and began releasing solo records. Gigging, doing session work, and eventually producing records, I kept writing and recording even as I left my work as a touring singer/guitarist to enter full-time ministry. In a very real sense, over forty years, I have always been in the music industry in some form.

I think that all barriers to entry have been removed here in 2022 and that anyone, on any level, can produce and release music. This environment has freed up the gift of musical creative expression for anyone inclined to explore, and technological tools can do most of the work for those without training or traditional musical skillsets. This is good stuff! But at the same time, this has generated a flood of content so vast and unfiltered that little quality control exists. Recording engineers are out of jobs, studios have closed their doors, labels no longer have artist development budgets for new talent, and mathematical algorithms largely dictate what people hear in a pay-to-play digital environment shaped by playlists. I think that it’s unfortunate that musical artists are no longer encouraged to focus on album craft in an environment based on the playlist placement of a single. And I lament the loss of a time when selling albums could provide for the livelihood of those who wrote, recorded, and released great music. Anyone with a computer can release music in 2022 and that is both wonderful…and terrible!

I’ve been most influenced by a handful of artists whose exceptional gifts speak to me on different levels. The spirituality of George Harrison, the evolving identity of David Bowie, the songcraft of Elvis Costello, and the unapologetic exploration of Neil Young form the deepest core of my sense of musical inspiration.

Over the decades I’ve shared the stage with members of bands like Saigon Kick, Warrant, Molly Hatchett, and Bad Company; opened for acts like Survivor, Joan Jett and Great White; collaborated with creators like Armada Music DJ Marcus Schulz and Dashboard Confessional producer James Wisner; and worked with members of touring bands for Ricky Martin, Joss Stone, Jeff Beck, Yanni and Jacob Dylan. My most meaningful collaboration, however, was the long-term working relationship that I had with my father, Rick Bauer. We managed to make a living making music together for more than fifteen years, touring in Europe together four times. Recording and releasing his original music after his passing (the album “My Father’s Son”) will always hold a profoundly special place in my heart.

I think that I’ve got a unique sound that blends my battery of musical influences with the learning of songcraft that comes from playing music night after night for more than twenty years. My working band had a song list of more than 500 tunes and playing and singing them gave me an embodied understanding of how songs work in terms of structure, chord progression, rhythm, melody, and lyric. I have a lot to draw on when I sit down to write music, and certainly differ from other artists when it comes to the message conveyed through my lyrics. For a period of time, I taught Religious Studies at a university and eventually became an Episcopal Priest, earning a doctorate studying the neuroscientific underpinnings of meditation and contemplative spirituality. So, when it all comes together, I write colorful retro-rock tunes that speak to eternal longings in our human lives, and I try to be intentional about naming pathways for thinking about how we balance “holding on” and “letting go” as we try and make sense out of our journeys.

It would have been a dream to sit down with George Harrison and write a song together, to talk about his journey inward, and the sense of peace that he found in his spiritual understanding and practice.

As a little boy, I remember going to the record store with my dad and buying two albums together: Michael Jackson’s Thriller and getting my own copy of the Beatles Sgt. Peppers.

I’m going to have to name two here, and I’m going to go old school: ”Head Over Heels” by Tears for Fears and “What A Fool Believes” by the Doobie Brothers!!!!

The Soul Cages by Sting.

“God has not promised to take away our trials, but to help us to change our attitudes toward them. That is what holiness really is.” – Thomas Keating

I do my best to always keep learning, so I read a lot and particularly enjoy books on Taoism and Buddhism and the philosophy of folks like Albert Camus. I’m very interested in meditation, and I love hanging out with my two young sons.

I’ve let most of my piercing close here in my forties, but I’ll throw my hoop earrings back in every now and then. In my younger years, I had a passion for body art and have two half-sleeves that tell the story of my spiritual journey. My left arm depicts a western sensibility with a collection of tattoos surrounding Jesus as ‘shepherd of the flock’ and my right arm is filled with eastern religious images that flank a colorful Buddha seated in meditation inside of a lotus petal.

Right now, I’m focused both musically and philosophically on finding rest in impermanence, the notion of getting comfortable with being uncomfortable. I’m hoping to expand upon the lyrical messages in the songs from “Begin Again” and pen a new book that blends expansive spiritual teachings on “letting go” and “acceptance” in a way that celebrates the freedom we can find in learning how to embrace senses of loss and failure.

Working everyday as the pastor of a spiritual community and honing a message through weekly preaching, I hope to keep creating things in the coming years that help people to live more fulfilling lives. Teaching through music, spoken, and written word, I’m dedicated to generating content that provides others with an alternate pathway for finding self-worth outside of the grasp of the temporal. At the core, I trust that we’re all connected and that we’re all in search of inner peace, that a spark of something eternal resides in the depths of every human heart.

Sincere thanks to everyone who has let this music and its message into their lives. May a peace that passes understanding guide us along our paths in a way of mercy, compassion, and love! 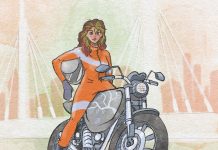 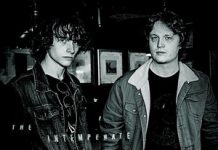 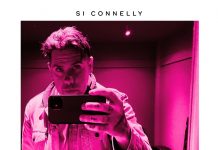