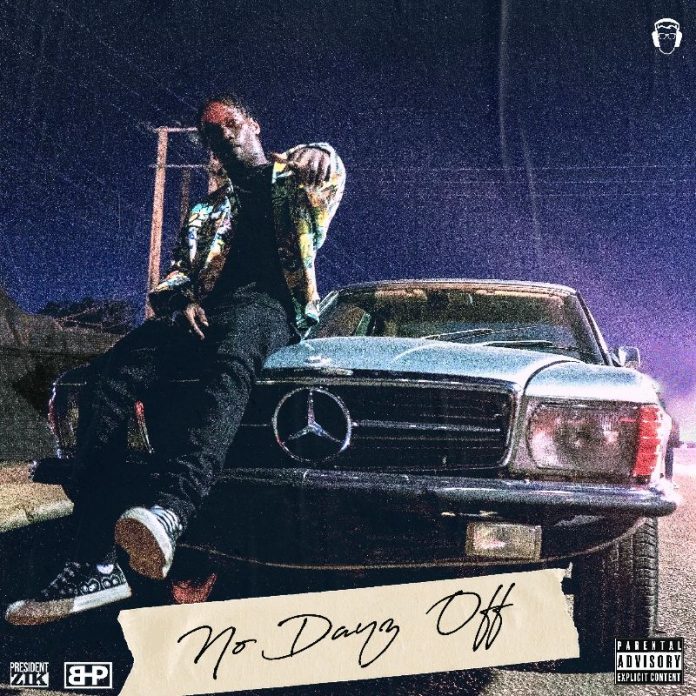 Zachary Kwaga also known as President Zik (born March 25) is a Canadian born Nigerian rapper, singer, songwriter and businessman. President Zik initially gained recognition from releasing demos and songs with his friends which captured some attention in his hometown of Zaria.
Intent on doing more he and his friends formed the collective Bigheadphones (BHP) in 2012 during their university years and went on to release five studio projects to critical albeit underground acclaim (THM Vol 1, Real N****s Only, Dreamatorium, Vibez Kartel and BHP).
Independently, Zik has released 3 solo projects (Class of 92, Off Balance and No Dayz Off) in 2016, 2018 and 2022 respectively. No Dayz Off was released on the 30th of April and was accompanied by an official video for ‘Uh Huh’ the second single off the project, which featured Zilla Oaks. President Zik is currently gearing up to release his full debut album under Bigheadphones Entertainment in 2022.
In 2016, BHP started their own music and lifestyle festival called “Urban Lifestyle Fest” and has run 5 editions till date.

I was born in Saskatoon, Canada but I was raised in Zaria, Kaduna State, Nigeria.

I began recording music in 2010, but started putting out music professionally in 2012.

I’ve put out three solo projects from 2016 till date, namely; Class of 92, Off Balance and No Dayz Off. I’ve put out 5 projects together with the collective I belong to, BHP.

No Dayz Off was released on the 30th of April 2022. It was compiled from music that was recorded over the course of two years. These sessions were held during various production/recording camps that took place in various states across Nigeria (Abuja, Jos and Kaduna). It was inspired mainly by the activities that took place in these camps, the sleepless nights, relentless recordings and the hard work put in to achieve results.

We decided to re-structure our collective into a label, build the necessary support systems, and go into the industry as an independent player. This has helped and assisted with my personal foray into the industry.

I think the music industry is as vibrant as ever and will continue to grow and expand globally. Nigeria will play a key role in the coming years in terms of critical mass of content and streaming power.

Without a doubt it would have to be Drake. This is because his impact stretches beyond his main genre into different genres. He has also been able to collaborate with major artists across at least 4 continents making him a global icon.

I’m different from every other artist because I am ME. Nobody else can tell my stories or life experiences.

To Pimp A Butterfly by Kendrick Lamar

Yes I have a tattoo. Just one

No Dayz Off is a testament to hard work, perseverance and sacrifice. It is basically a message about how dedication to your craft and art can elevate you to newer levels.

A full solo debut album by summer and a tour. We will also have an edition of our annual festival Urban Lifestyle Fest.

Thank you for giving artists like myself the opportunity to promote my music on a professional platform.