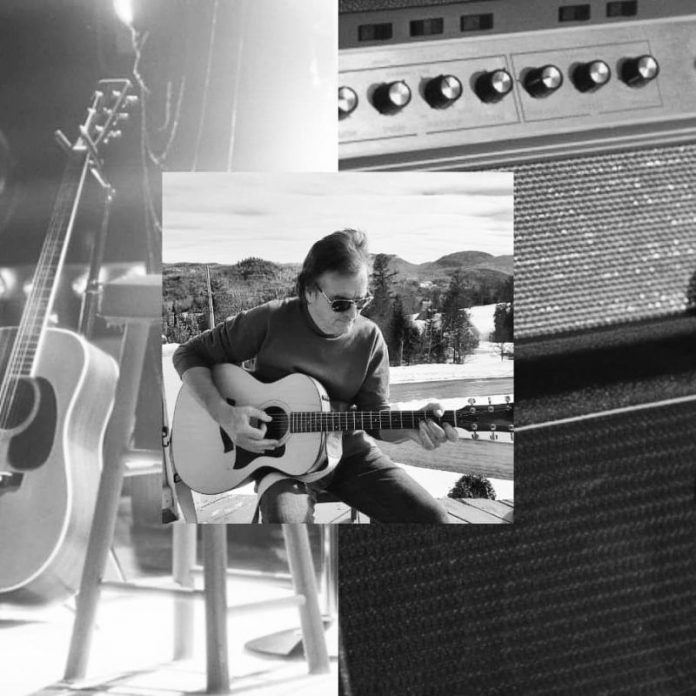 ArtistRack has the pleasure of catching up with the talented ‘Lucas Layne’ for this exclusive interview and insight into his latest release ‘Dreamers of Yesterday’:

Lucas Layne is a music composer, singer and guitarist. Born and raised in Montreal, his musical essence reflects his influences of early classic rock.

Layne’s first independent single Those Days In The Park, was released in February of 2022.

Well, I was in a band at 15 years old – i forgot the name of the band now, but i played drums. We practiced in our friend’s basements and played shows in the park, in Montreal. At 16 years old i got my first Fender Stratocaster. I always wanted to play the guitar. I created and wrote my first song on the guitar not long after that. So, Ive been making music for quite a long time!

“Dreamers of Yesterday” is my fifth single, from my first album with the same title. It contains 7 songs, each being released as singles. The two last ones are soon to be released, so stay tuned!

I would say “Dreamers of Yesterday” was more a state of mind moment, and not a precise subject or inspiration. It was in my head. When I create songs, they pop into my head and they require a lot of work. Only once I’m satisfied with them I can close that door and move on to the next one. Dreamers of Yesterday was that process.

Well, after Covid-19 impacted the industry like it did..with closed festivals, events, album delays, tours and more..i think that the music industry in 2022 is reconstructing.

I mean, We’re all different! Every artist is different, in their own way.

Many! But if i have to pick one, it would have to be Paul McCartney

Help, by The Beatles. It was something i had never heard before, a total game changer. I remember we were 4 little kids (my friends and i) going nuts to this album- singing to the harmonies, it was insane-. It was my first album and definitely one that stayed with me!

I am currently finishing and tweeking songs for my second album. They’re songs I wrote, that I play in my head constantly- but they’re all unfinished! I am now ready to finish them … and focusing on them to get them out of my head. Tomorrow is promised to no one, and for me, It’s a release to finish them, like a weight off…a closure. One song at a time. It’s a complicated, very meticulous project for me!