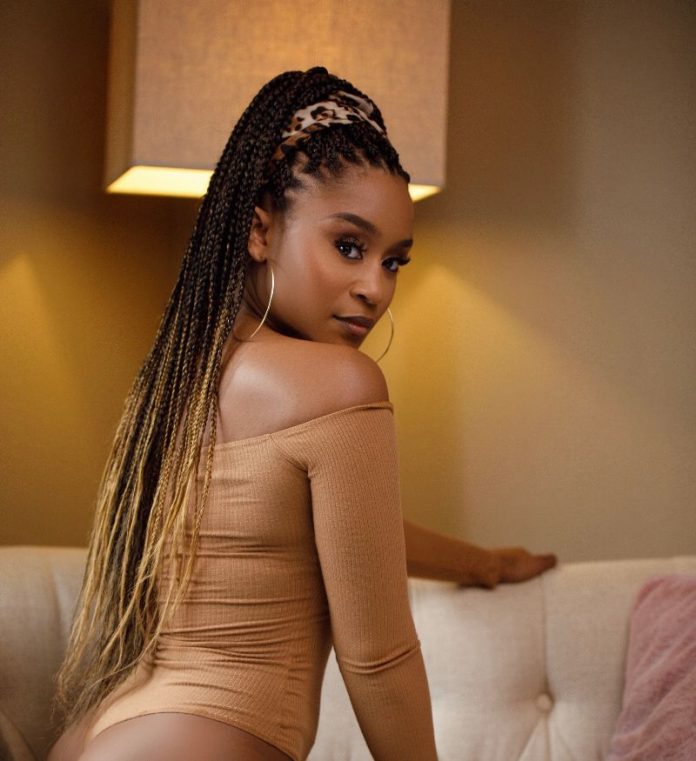 Memphis recording artist Jessica Ray drops another new single “I Bet You Will,” immediately following her latest visual for “Lock.” Nothing has stopped this songstress from releasing new music during this pandemic, as she continues to drop new singles every month, even a Spanish version of “Whatever,” titled, “Lo Que Sea.”

Born and raised in Memphis, TN

I started my entertainment career at the young age of 13 years old; performing at weddings and birthday parties throughout my teen years.

“I Bet You Will” is a record that follows the journey of the second stage in a relationship which is infatuation, curiosity and attraction. While the lyrics are tantalizing, the production and melody are a vibe that creates an atmosphere of fun. The lyrics in “I Bet You Will” are tempting, as they follow the beginning stages of flirting and crushing.

While attending the University of Memphis, where I graduated with both a bachelors and masters in Music Performance and Journalism, I was in a group on campus called Sound Fuzion; here is where I was able to really experience my calling as a full-time entertainer. After graduating I continued performing across the city doing cover songs at various events and festivals, even opening up for Dru Hill and singing with legendary artist Aaron Neville. Then about 4 years ago I was signed by the Soul Man and Hold on I’m Coming David Porter and The MIME Records family.

I believe this pandemic has definitely effected the music industry forcing us creatives to find other avenues to be heard and seen. The Music Industry is Social Media driven now more than Ever.

Before being signed, I had the pleasure of performing the duet “I Don’t Know Much” with Aarron Neville and had the amazing opportunity of opening for Dru Hill. However since being signed I have not been able to do any collaborations yet but I look forward to what’s to come in the very near feature.

Very simple, there is only one me. I have worked so hard to accept who I am, flaws and all. I’m still growing and learning about myself daily to become even more ground in the person that I am so that I can become a more grounded and self aware artist.

That’s a tough one! “Heat” by Chris Brown, and “Already” by Beyonce

When I have time which is RARE, binge watch TV shows!!

I just released my latest project “I Bet You Will” this past July 21st. This record follows the journey of the second stage in a relationship which is infatuation, curiosity and attraction. While the lyrics are tantalizing, the production and melody are a vibe that creates an atmosphere of fun. My next record im releasing is August 21st entitled “Deep”. This is one of my edger records representing the sound from where I grew up and was raised, South Memphis, TN.

I am currently working on a 2021 EP release

Thank you to Artist Rack for being a platform for established artists as well as emerging artists. Thank you for featuring me and aiding in giving me an opportunity to be seen and heard.