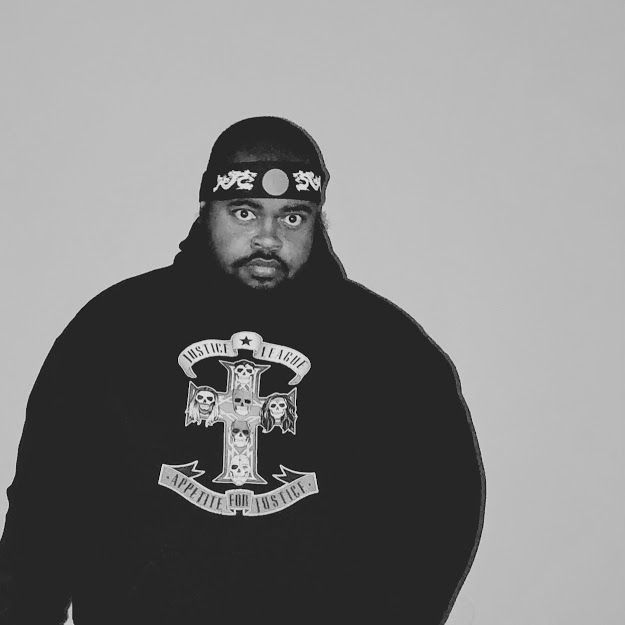 Im GodTierMoe out of Georgia.

Honestly since i was a kid. I remember in middle school i started recording freestyles on my phone and sending to everybody at school. Then went and bought a weak ass radioshack mic to record on. I stared out in different groups. But my wings grew when i went solo. I started getting professional with it in 2013 when i dropped my first mixtape.

In total man at least over a hundred tracks. But as of now i only have four songs on the internet. I tend to delete alot of stuff sometimes if i feel i need to rebrand myself or reinvent myself.

This song “legendary” i just simply wanted to show people that i can rap and got actual bars. I reckon people dont see me as a rapper or i dont have that look or appeal so i have to remind people that im that guy.

I wouldnt say im in the industry yet. Im just winging it as a loner trying to reach the top of the pyramid. For now im just trying to build connections and fans.

I hate to be that guy but the music industry is fucking trash right now. Im more of a 2000s and 90s guy. Dont get me wrong there are some talented people out there but overall not to many. The issue is anybody can be famous now so the industry is full of talentless weirdos. As a rapper i honestly think most of the talent lies in pop or rock. I barely listen to rap and r&b anymore.

I grew up influenced by 50 cent the most. But also kanye west, lil wayne, drake, jay z and asap rocky. I think drake is my favorite rapper at the moment. I like schoolboy q and run the jewels as well.
Spaceghostpurrp too. Put some respect on that guy name.

Its been a few people and no disrespect to them but i honestly forgot they names. I dont think any of them even do music anymore. People act like they be scared to work with me though.

Honestly i just think im not a try hard. Most upcoming artist be out here clout chasing and selling they soul.
Then i also dont kiss ass my way to the top like most people do. Its alot of weirdo shit out here and i just try to make music and chill.

For sure Aaliyah. That woman was an angel. And even tho i was influenced by rapppers i honestly want to work with popstars like taylor swift, ariana grande, doja cat, lady gaga, billie eillish, halsey to name a few.

Ashamed to say it was a bow wow album. But to be fair bow wow was that guy at the time.

A rapper from london name lancey foux got a song called “steelo flow” that shit hard.

I dont have any physical albums. I got rid of all that shit years ago. I think i had two 50 cent albums and a nelly album though.

I love movies. Probably as much as i love music. I got a whole ass blu ray and 4k movie collection. and I use to go to the movies at least three times a month before pandemic hit. I also love playing video games.

Im just dropping singles as of now. I think thats smarter than dropping a whole ass album that nobody will sit thru.

Pleasure its all mine