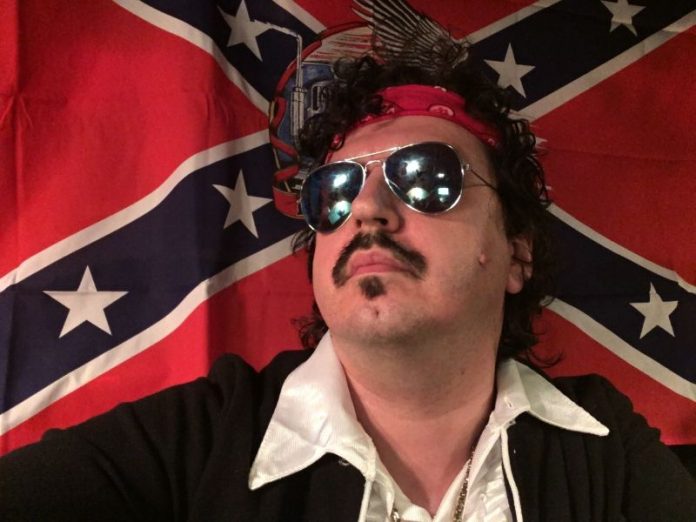 Hi, my name is Wolfgang Steinwidder, and I am Composing4you. Why Composing4you? The idea behind the whole project is, to make Pop/Rock music in the classical way of composing and editing. That way all the great albums in the 70s and 80s were made. That is the ambition. I am composing, writing, and playing all the tracks by myself. But I am also playing with other musicians, planning my first tour in one or two years.

I got an American heart….don`t know why, it is just like that. When I went there for the first time, I got out of the plane, and felt home. And it stayed like that. Especially the Southern states.

I started my musical education with a flute when I was 6 years old. Then the guitar for seven years, piano for three years. Then studying at the conservatory vocals. Then another three years classical organ. My first songs I wrote was in 1987, when I was 14. Until today I wrote about hundred songs, but only a few got released until now.

The first recordings I did already in 1995, but my first professional releases I started one year ago. Until now I released seven songs and one instrumental title.

My latest title got released one month ago. Overall I have to say, that my way of recording is very complicated and time consuming, because I am always trying to get out the real kick….the best what is possible. When I get up in the morning, and the song does not sound well in my tired ear, then I simply throw it away or change it. I am my worst critic, I think. The new song is about the idea, to enjoy every second of our lives as much as possible, because we never know about tomorrow. And it also contains my main message. I think, that we all are one on this planet. If we would unite our hearts in love and peace, then this world can be really one. No matter where you come from, no matter what religion, no matter which skin colour. We are all one in our beautiful world. Together we could solve all problems like climate change.

That was the logical destination of my life. When I was five years old, I was often sick. And so I was standing at a window, when a small orchestra was coming along celebrating something I can`t remember. But when I heard all the trumpets, snares, and the flutes, I suddenly started crying, and could not stop anymore. Same happened to me later on in Mozart`s grand mass, and is still happening to me, when I am composing chords that are really in a way I want and hear them. So, I think, music is my destiny. God has not given me many talents, but I am able to hear beautiful songs, never heard before. They make me jump out of my bed, and they make me cry, sometimes.

I think, it`s a great misunderstanding what is said about the music industry today. Yes, ofc the music industry has changed in many ways. But like always in life, if you loose something, you get something back somewhere else. It is always like that. The question is just, if we do want to see it, or can see it.
When I started recording, it was not easy to get a contract at a record label. The prices for studio equipment were not affordable. And even when…the quality of the music at that time was really good…many records simply never got sold. And today? It`s easy for everybody to record his own songs, to release them for few money, and to promote them. But that also led to a loss of quality..and increasing quantity. My thinking, it is not possible to earn money with streams. I think that’s totally wrong. The streaming market is many many times bigger then the record market ever was. Now you can reach the whole word….that one you have to see. If you see it in that context, the market has changed, but the possibility, to make hits and money is almost same like before. Just very different. We are going into the digital age. Concerts will be done more and more by streams as well…live podcasts. And that one is not bad…also just different. A new time with new possibilities. 🙂

Wolfgang Amadeus Mozart (smiling) …true. If you have the possibility to hear his Requiem….a unique peace of music, you will get totally addicted of. Forever. In my early years I got very influenced by 80s Rock bands like Queen, Foreigner, Boston, Abba, and Europe. I love the Synthie Rock and love to make it. Some of my fans wrote, that the Synthie Rock will never die…I think so as well. Melodic rock will always be part of our music scene.

With nobody yet….I think. Really? mmm No. But was playing with many other musicians, and also keep playing organ masses in the church. This one can be like heaven. Vienna has the most wonderful churches in the world, I think.

I know musicians, who were shaking their heads about me, and could not understand, why I am investing so much time in single songs. They are proud, to write a song on the guitar in only ten minutes. But for me music is something completely different. I love the big atmosphere…I wanna hear the angels sing. Ten minutes songs can be also wonderful…but that`s simply another kind of music. I think, that the big entertainers like Freddie Mercury was absolutely hard working perfectionists. You can hear that in their arrangements. Abba took about three months for a song to record it, because the arrangements were very complicated. That is, what I am trying to continue. That is what god wants me to do.

Now I have tears in my eyes…sorry. If possible, I would love to write a song for Brian May. I love his guitar and voice. Hope he can read that. He is one of the best guitar players, singers, and songwriters on this planet. “Who wants to live forever”…if you see him playing organ at the beginning…and his soft voice to it…a perfect harmony. Close to heaven. And another dream would be a collaboration with film. Most people around me see my strength in composing big tunes for orchestras for example.

The first one? Mhhhm I didn’t buy it myself. It was a present.
When I was 13, my parents gifted me a record player and the famous record “Falco 3” with “Rock me, Amadeus” I played it up and down. And my second one was the “Final Countdown”. I bought it luckily very cheap, because the store could not sell it well…and two weeks later, it was a huge hit…and the prices jumped up for 100%. (smiles) Yes.

I am listening to many, many new songs ever day. So I have no particularly favourites.

Nothing. I totally switched to digital. I love records, and have them for sometimes. But I don`t need CDs or downloads anymore. I am just streaming….although…there is a huge quality difference between the CD and the MP3.

John Lenno said ” You may say I am a dreamer, but I am not the only one. I hope someday you will join, and the world will be as one.” 🙂

Sitting in the studio all the time is not so good for my body…so I try to go swimming every day a bit, to keep fit. But music and everything around fills me absolutely, and is everything I always wanted.

Smiles….No. I simply don`t feel like it.
I don`t think I would feel better, if a music emblem would be on my chest.
And to tattoo the name of a girl is anyway risky..:)
So, this one I skipped.

This project was absolutely amazing.I had the idea when swimming..and started crying there…when I heard it first time in my head.
But it was a lot of hard work. I recorded the whole song. When it was finished, I was listening to it….and mad mmmm. Then I went to bed. Next day I got up in the morning, listening again. And I thought..oh my god thats sweet…but totally boring. It was a bit too classical. So I started all over again 🙂 An don the 2nd turn it worked.

Yes, I think, my music is getting faster and more tempered from song to song, and I can feel that people
like the combination of faster music with my way of composing. So I will continue that.
The next project will include piano again. I have the song already in my head and it follows me like a baby…day and night.
Kind of Tango rhythm. But I don`t tell more…:)

I also thank you a lot for listening to me. I wish you a great time, full of love and happiness.