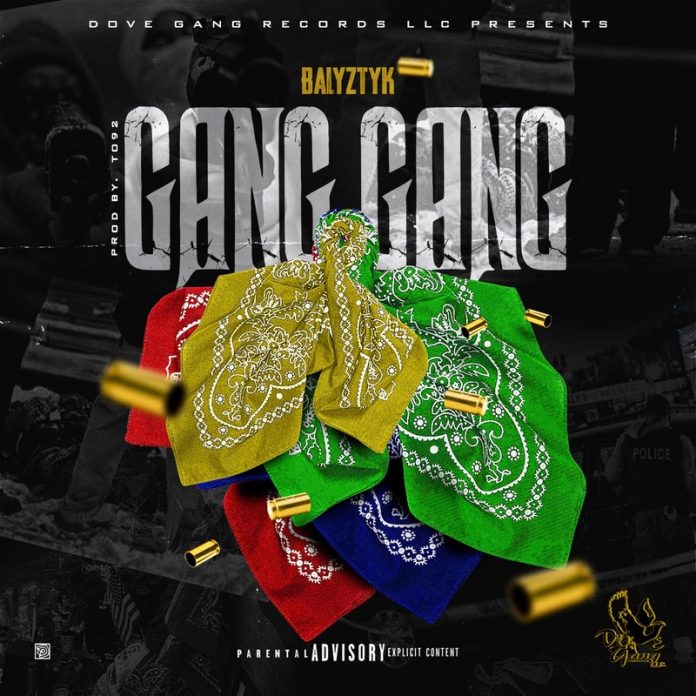 Hip Hop recording artist Balyztyk is bringing something old and something new to the rap game. With a unique background and a straightforward conscious mindset, this business savvy artist is sure to be successful. With the independently released single “Gang Gang” (Available Everywhere Worldwide) on indie label Dove Gang Records LLC, he is sure to bring awareness to both himself and his brand with streams climbing over 200k since its July 17th release date.

I recorded my first song when I was 13 years old.

I’ve released one mixtape many years ago before Mixtapes were popular which was a collection of freestyles over popular songs but since I’ve been serious and really pursing a career I did a feature for Gmob Hamo on a song called “On It” and my latest release which is my own solo effort called “Gang Gang”. Those are my only two records out at this current moment that I’m pushing.

The latest release is “Gang Gang” and it’s a song that talks about fraudulent activity, false flagging and basically suspect behavior that’s become accepted as a trend so it appears. As far as inspiration goes, my inspirations come from witnessing or learning about newly accepted foolishness that I know coming up in my generation wasn’t tolerated.

You mentioned “fraudulent activity” and “false flagging” as being some of the inspirations regarding the creation of your single “Gang Gang”, can you elaborate on that?

Yeah it’s basically everyday people, Instagram models and some rappers who falsely identify with gangs and or other aspects of gang life when in real life their not about that life period and if a situation arose where that truth got tested they would fold crumble and fall. But people who don’t know any better see these people and assume they are real deal so that waters down the real ones and it puts others thinking that’s cool in a predicament to where they could possibly become a victim of a circumstance that they themselves aren’t built for.

Your single “Gang Gang” has over 200k streams, how does that make you feel as an artist primarily an independent artist?

It’s a blessing and it proves that marketing and promoting is key to any and every product or business. But I’m not satisfied yet, it hasn’t hit 2 million streams yet or 2 billion in streams so the push continues.

Through the love of music and entrepreneurship.

I think it’s great. The are dozens of more if not hundreds of more ways to earn money independently as well as majorly for artist of all genres. Making a demo tape is obsolete now, an aspiring artist can make 3 or 4 songs then self release it and build enough online fan support to where they are now getting paid gigs and selling merch all on their own without help earning enough to maintain their current lifestyle without a 9 to 5. That in itself is awesome, to get paid to do what you love and enjoy.

Michael Jackson. Period point blank. That’s who got me started.

You seem to know what you want. You mentioned the song called “On it” that you featured on, how did that come about?

Hamo put up a post on Instagram of him I believe performing the hook then wrote in the caption, whichever homie has a hot verse get him for a collaboration. I either messaged him or called him and told him to send me the track. He emailed it I wrote to it, went to the studio and recorded then sent it back to him. He liked it, his people liked then we went forward with it.

Nice. And how did the song do streams or sales wise and did you guys shoot a video?

I don’t know the streaming numbers but I know that Dove Gang Records LLC handled the pressing and distribution of the hard copies. Yup we shot a video, I flew out to Atlanta and we got it rollin.

Oh they did?! How many units did the hard do?

“On it” sold 3000 copies total. All independently. I know that’s nothing to a major artist but independent record companies such as mine and independent artist like myself, 3000 units sold means a lot so I’m happy and grateful.

Other than me being sober lol? I differ a lot for the most part in regards to being educated in business, knowing how to conduct myself and my willingness to actually read learn and ask questions because I don’t know everything. Musically? I’m myself, I’m going to do music based on what I like and what people want to hear from me because at the end of the day it’s the music business. I’m honest. Meaning I’m not going to portray an image sort of speak that’s not my everyday life, what you see is what it is. I’m not going tell you I’ve sold dope if I didn’t, I’m not going to tell you I’m a gang member if I’m not, I’m not going to put a Rolls Royce in my video if I don’t own it you understand me?! I’m not going to fake the funk and lead people to believe I’m this super boss when I’m not and theres too many cats out here that bullshit just for the image and that’s not me, I don’t care. Just pay me and I’ll go home.

I use to have a list but now I don’t. I would collaborate with whoever made sense I suppose but if it’s someone wanting me to do a feature then it boils down to getting my fee and making sure paperwork and artist splits are in order.

First album I actually paid cash for myself I think was Juvenile 400 Degreez however my first album was Michael Jackson Bad and my first rap album was Busta Rhymes The Coming.

“Gang Gang” by me, Balyztyk lol. I like “Lamb Talk” by Quavo and “Suge” by Da Baby. I have a playlist that goes from Boosie to Jay Z, to Marilyn Manson to the Oldies like The Manhattans or Fiji and the Boo Yaa Tribe. So I’m all over the place when it comes to music.

Who is your favorite poet?

I love to travel overseas, I love to learn new things. Paintballing is another one along with going to art shows and museums believe it or not. I love poetry so I enjoy poetry readings as well. The list goes on and on because I have a list of interests and hobbies.

Two piercings, one in each ear and as of today I have about 9 tattoos.

With your success so far have you been approached by any majors yet wanting you to sign?

I have been approached by a couple labels that were subsidiaries of actual majors which is fine but they weren’t offering anything that I haven’t done already or can do myself.

Can you say what they offered?

Not enough money lol and they want a piece of everything for a 6 figure advancement and that’s not happening. I figure if I gotta sign a 360 deal then I want a lot more money upfront and I’m keeping the rights to my image, name, my masters and publishing.

As far as my current project, pushing “Gang Gang” and building awareness such as this interview will be the continued movement until otherwise determined.

I haven’t decided whether or not I’m going to release a mixtape or an EP but I do have several singles tucked away that I want to release individually accompanied by videos so we’ll see.

Thanks for having me. 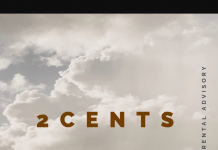 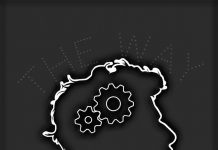 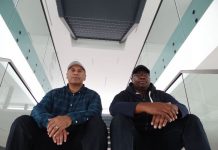