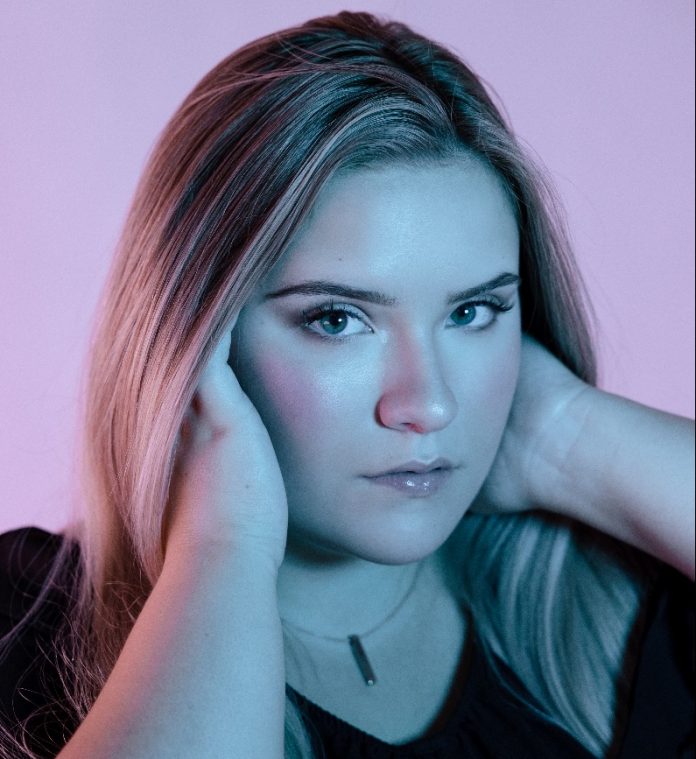 Aryn is an independent artist from Edmonton, Canada and she goes to Berklee College of Music in Boston, MA. She is 21 years old and has been interested in a career in music since she was 5, and has been working for 15 years to make it happen.

I have been in lessons and working on technique since I was 5, and started working on my own artistry when I was 18.

My debut original single was “Fool”, followed by my original song “Believe”. I released a 4 song Christmas EP called “Christmas in the Air” which featured an extended version of Believe. I then released my debut album “No Labels” August 6, 2021!

I had been working on more original music to release for a while, and I didn’t know whether or not it should be a collection because I didn’t know what genre to put them all under. I eventually had 5 songs and knew that if I wrote 2 more, I could do an album. The first half of the songs I wrote for the album (Never Gonna Let You Go, Drip, Gone With The Wind) were inspired by Taylor Swift, Harry Styles, Billie Eilish, and Adele among other minor inspirations. The rest of the songs are heavily influenced by Olivia Rodrigo and the harmonies were inspired by Pentatonix and their arrangements. All of the songs are super personal but I wanted them to reach people and feel like they were written for them.

I have always somewhat been involved doing small gigs in the Edmonton area, but the moment I did my diploma program in Edmonton for Theatre Arts, I got my foot further into the door. I decided I wanted to focus primarily on vocals and auditioned for Berklee on a whim, not thinking I would get in – spoiler alert: I did. I am now majoring in Vocal Performance and have gotten a ton of opportunities from industry professionals. I am also a part of a program called GRAMMY U through the Recording Academy and am an official member.

I think the industry can be really difficult, and it can be hard to tell who to trust as a genuine person and mentor, and who wants something from you. The biggest thing in my life regarding the industry right now is my college since all of the connections I make at Berklee are super important. (Industry professionals as professors, other artists entering the industry as my peers) and I have really tried to keep the mindset that there is enough success for everyone, and being bitter about someone else getting an opportunity will not serve me. I have worked hard just as others have, and the opportunities that are meant to me will make themselves clear with hard work.

The most consistent artists in my life who have been influential is Lady Gaga, Pentatonix, and when I was younger a very influential artist was Charlotte Church.

I have worked with Saul De Anda and he’s done all my mixing, production, and mastering. Dempsey Bolton did the mixing and production for “Never Gonna Let You Go”. I wrote and performed “Bulletproof” with Natalie DiPietro. On my Christmas EP, we had a choir of 10 individuals in the background of the extended version of “Believe” which is pretty insane!

I think intention really separates an artist, and I think the fact that my intentions have always been to make music that makes me happy and fulfills me is the biggest thing that separates me from other artists. I also think my background of being classically trained as well as being as in love with really interesting and full harmonies as I am, I think that influence separates my music from a lot of the mainstream pop right now.

My first album that I remember being obsessed with was Charlotte Church as well as Shania Twain’s “Come on Over” and “UP” album!

I have had Olivia Rodrigo’s SOUR album on repeat!

I would leave any Pentatonix in there, the arrangements tickle a place in my brain that other songs don’t.

“Your thoughts create your reality” is a saying that my mom and my grandma told me as I was growing up. To me it means that the effort you put into whatever it is as well as the mindset you walk the earth with majorly effects everything. I am a huge energy person so I always try to keep my energy positive and light.

I am in LOVE with animals (specifically dogs and cows). I even have a cameo for some cows in my music video for “Never Gonna Let You Go”. I also love calligraphy and journaling! It’s another creative outlet besides music

I have one tattoo that was written for me by Scott Hoying that says “You are enough, just breathe.” I got it because I have been diagnosed with an anxiety disorder for about 7 years now and I wanted to have something to help me when I’m having a panic attack.

I am currently working on more original music, and don’t want to give too much away but I am so excited about the direction my music is going. I think it’s interesting to see how an artists music and style evolves and it’s crazy to see that happening with me now!

More music, more content, hopefully touring when I’m done school. More merch, just wanting to give everything that I have to give.

Thank you SO much, and thank you to every single person who has ever believed in me. Your love and support has ALWAYS meant the entire world, and I genuinely wouldn’t be where I am without you. Every single download, every stream, every comment means more than you guys will ever know. I hope to keep creating for you and to make music that touches you in some way. Thank you from the bottom of my heart ♥️ 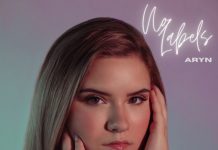