I’m Grant Smith, blues musician with soul from a small town in Oklahoma. At eighteen, I moved to LA to follow my dreams, and now at nineteen, I have recently released my 20th piece to Spotify, iTunes, and everywhere else!

Fairland, a tiny town in Oklahoma

I’ve been performing for as long as I can remember. I began playing piano and guitar at five, and haven’t stopped since.

One full album and ten singles, for a total of twenty releases.

My last two releases, “Black Sea,” and “In Her Hand,” both came from a romantic stance. My previous singles such as “Crooked,” and “Better Up There,” came from this intense need to be alone with my art. I felt it was time to give way to something softer – sweeter.

When I was twelve, I was busking with my trumpet in Grove, Oklahoma, when a woman approached and made a request. I played and saw this shimmer in her eye. I knew from then on I wanted to be that spark. I’ve been sprinting as fast as I can into the industry ever since.

I think music is going in a great direction. There are always some bad eggs in any art form, but in general, we are becoming way more open to new things and mixing genres. A popular song doesn’t need to be pumped full of adrenaline, thanks to Ed Sheeran, Lumineers, Ruth B, and the like we can release music as simple as a voice and the keys.

Ed Sheeran by far. He shows us what music can be for someone. He ran toward that dream of his, and didn’t stop. I don’t see him stopping anytime in the near future.

I’ve managed to work with some talented artists throughout my career, though the best relationship I’ve cultivated is with my producer Marc Solomon.

I would have to ask the fans that. I make music that I feel, and can perform with 100% soul and spirit. I just hope it resonates with them.

Ray Charles, my original inspiration. No one else can convey emotion through voice as he could.

The very first song I ever owned was American Pie, still one of my favorite songs.

‘This Is Me’ from The Greatest Showman. I’ve seen that film three times and it never fails to touch me.

“Butter my buns and call me a biscuit.”

My favorite hobby is finding new hobbies; I try something new each weekend. Anywhere from boxing, to pool, to ice skating.

Four tattoos and counting. I leave it up to the big fans back home to know what they are by heart.

In the works is a new song with a ‘summer’ vibe, and a live album from my shows through last year.

Thank you so much for the opportunity to speak! 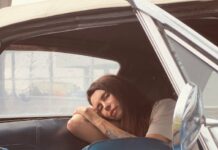 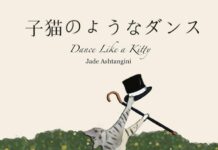 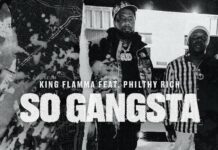