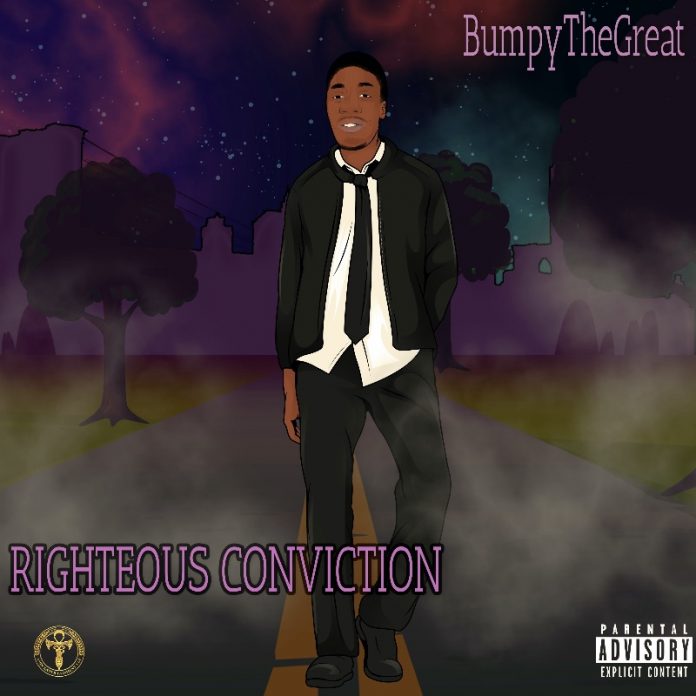 BumpyTheGreat is back on the scene with a new album release: Righteous Conviction.

October 2021 – BumpyTheGreat (Formerly known as Bumpy Johnson) is a rapper with the rare ability of being able to keep a fresh and dynamic approach to songwriting and musicianship. This might seem like something the average music listener does not even consider, but it is actually one of the most important elements that go into making music. The ability to be original and creative, while still retaining a very personal touch is so priceless!

His most recent release, Righteous Conviction, stands out as a really great example of what he can accomplish, and his blend of modern hip-hop and old school influences is totally irresistible. The song is well-produced and impactful in terms of soundscapes, and it also feels really well-executed on a performance standpoint, highlighting BumpyTheGreat’s craft and artistry from the moment you hit the play button. This one is for you if you do enjoy the music of artists such as Kanye West, Jay Z, Kendrick Lamar, and 2PAC, only to mention a few.

Lean more about BumpyTheGreat’s music, and do not pass up on Righteous Conviction. This release is currently available on some of the very best digital music streaming services on the web.