Big City Cowgirl – Rode Off Into The Sunset (That Night):

Big City Cowgirl is Sondra Toscano, a country music singer/songwriter/performer, who lives in New York. Toscano has been writing music for as long as she can remember. Her parents are music lovers and introduced her to all types of music, from which she has been influenced, but she cites country music as her favorite. At the end of last year, she decided to take some of the tunes she penned and put together an EP, which she aptly named “City Zipcode, Country Heart,” which is available worldwide on iTunes and Amazon as well as other sites for streaming and purchase. Always creating new material, last month, she released a worldwide single that is called “Rode Off Into The Sunset (That Night)” and its accompanying video. The song is a love story set in the wild west, but is relevant today as its plot is about a girl who always fell for the bad boys, but ends up with a good guy. Toscano dedicated the song to outlaw country music legend Merle Haggard who died on April 6th this year while she was making the song. She hopes that her music will have a positive effect on people and become the soundtrack for their lives. 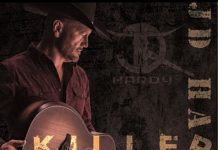 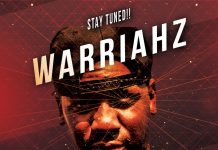 David Alexander Lightfoot – If I Could Move Up Time