A progressive artist and songwriter from Memphis who has risen to immense social media fame with his sheer talent as a fantastic music producer is Archangel. The artist embraces the roots of hip-hop and R&B to set an exciting precedent in the industry. Blending the right amount of groove and immersive keys, the music curator has recently dropped another hit single titled ‘I’ that tries to spin the mood immediately and elevates the spirits with its dominant and enriching musical hooks. It’s a positively gripping musical work that never lets up the intrigue and is accompanied by some great vocal performances by PMRnB and Briana Micah.

Archangel’s chilled flow is influenced by the very best of both genres as he infuses new jack swing elements for offering a sound reminiscent of J Cole, Childish Gambino, and Kanye. With a lot of conviction, the talented musician has pushed his creative energy to reflect on his musical insight and has paved the way for a fulfilling future. The song ‘I’ comes attached with a captivating music video that certainly elevates the experience. The evolving nostalgic synth along with the artist’s hard-hitting beat support creates a hypnotic upbeat ambiance which is definitely something that every music lover will keep wanting more. 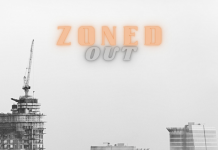 Mingo The Poet – Zoned out 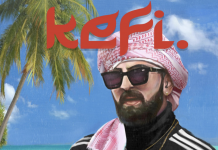