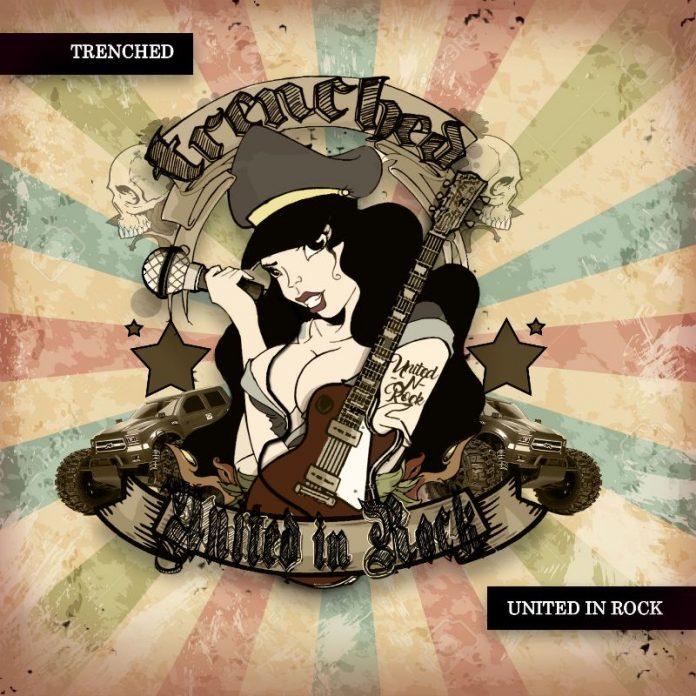 Check out this music review of, ‘United In Rock’ the new album released by Trenched

A collection of incredibly inspired rock songs, with a lot of energy thrown into the mix.

Trenched is a group with a focus on recreating the authentic punch and feel of uncompromising rock music. Their new project is indeed aptly titled: “United In Rock” is not just an average rock release. It is a true celebration a genre that managed to speak to generations of people, and it still does. What I really love about “United In Rock” is that the formula of the music is relatively simple at heart. Yet it really allows Trenched to stand out and express their personality and creativity, in a very personal way.

The sound of “United In Rock” is really engaging and direct, making for a very direct and one-of-a-kind experience. The album features 15 tracks, which really expand the creative horizons about this release. From larger-than-life stadium rock vibes, to classic hard rock grit, and everything in between, there is just so much  to go about.
Whether you enjoy vintage rock tones or aggressive modern twists, you’ll love this one.

You can check out ‘United in Rock’ by Trenched here

Trenched is a band comprised of Andrea Zattiero & Jimmi Ferris on bass, guitar & vocals while co-producing all of the songs from an original retro Rock & Roll feel. Andrea Zattiero is a classically trained vocalist performing live for the past 20 years in different venues throughout Florida. Andrea Zattiero composes songs influenced by her multicultural background of Italian & Colombian heritage.

Jimmi Ferris is originally from Atlanta, Georgia and has been playing live shows while composing classic rock albums for over 20 years. Some of Jimmi’s live studio sessions have been accompanied by Kelis, Joey Fatone, Quincy Jones, Jeff Beck among others. Combined as a force in rock and roll their debut album is entitled “United In Rock” which is sure to leave the listeners embracing their creative spirits with pure passion and a fan base that will only get larger.