The Dye announces “Sheet of Flowers” – A brand new single.

The song is taken from the band’s album “Painting the New Night”, produced by Grammy winner Damon Whittemore, who helped the pair unfold the full scope of its sound.

June 2022 – The Dye is a musical duo with a truly interesting approach to their musical craft. On the one hand, they embrace the raw and edgy textures of modern alternative music.

On the other, they capture a timeless feel, channeling influences as diverse as psychedelic rock and even some elements of avant-garde. Their most recent studio single, “Sheet of Flowers,” taken from the album “Painting the New Night,” is a perfect introduction to their work. As the title of the album implies, the pair has a very impressionistic approach to music, creating evocative soundscapes with every song.

Not only does The Dye focus on great songwriting, but the songs on the album are lush, cinematic and huge, providing deep atmospheric sounds that create some immersive vibes for every track. “Sheet of Flowers” is a perfect opener, with its anthemic drums and iconic vocals. This song wouldn’t be out of place in a Quentin Tarantino movie!

Find out more about The Dye, and listen to this song on the album “Painting the New Night,” which is currently available on Spotify and other digital music streaming services on the web.

Alternative rock band The Dye eager to begin “Painting the New Night”
Debut album produced by Grammy winner Damon Whittemore drops June 10
NEW YORK CITY (16 May 2022): It was a big step for alternative rock group The Dye in their four-year journey from inception to next month’s release of their debut album, “Painting the New Night.” The sold-crowd at New York City’s Rockwood Music Hall erupted boisterously as guitarist-vocalist Bruno Arredondo and vocalist-keyboardist Eudora Ellis led the band in the premiere performance of the two singles released last month, “Clementine” and “Tantric Pace.” The double single release set the stage for the WITHYN Records album produced and mixed by multi-time Grammy winner Damon Whittemore (Paul McCartney, Béla Fleck, Cécile McLorin Salvant, Arooj Aftab) slated to drop on June 10.
The Dye paints sonic murals crafted from palettes of psychedelic color and dark gothic hues. Arredondo and Ellis wrote eleven songs for “Painting the New Night,” pairing their flair for incisive poetic lyricism with artful mélanges of sound constructed from vintage classic rock sensibilities, retro new wave nuances, post-punk edginess and bite, and avant-garde alternative rock. Vibrant melodies and lush harmonies cascade, washing over tracks etched from gritty, grinding and gauzy guitar riffs and swirling swatches of keyboard atmospherics anchored by raw rhythmic basslines (Paul Ogunsalu) and punctually aggressive drum beats (Jared Pease and Eric Grajo). Tenor saxophonist Isak Gaines adds to the wall of sound.
“There was an enormous amount of passion, devotion and positive intentions that went into creating each and every note of this work of art. The album ignites sensory pathways that illuminate with vivid dreamlike landscapes of colors. ‘Painting the New Night’ is a journey into the labyrinth of the soul, finding new spaces, shades, tones, textures, shapes and shadows of sound. The album invites one to embark on a sonic quest delving deep into psychedelic, cinematic alternative rock while traveling through themes of transformation, empowerment, release, innocence, mysticism, rebirth, love and healing,” said lead vocalist Ellis, who plays synthesizers, organ, piano and tambourine on the recording.
Arredondo sings lead on the raucous ride that is “Clementine,” a tune about love and surrealism that had its radio premiere on alternative rocker Real Radio 104.1 WTKS in April (the outlet also premiered “Colors of the Universe” from the album).
“‘Clementine’ is a song about the world of dreams, expressing how life depends on perspective and how our vision of the world around us is determined by where we are standing. Clementine, the secret love or

imaginary soulmate of the narrator of the song, sets sail to the unknown, out of her comfort zone to travel to the places one would never dare in waking life. The story is about the union of the dark and the light, the yin and the yang, the hidden and the unveiled, masculinity and femininity,” said the Mexico City-born guitarist who also plays synthesizers, piano and organ throughout the album and bass on the song “Helen.”
The powerful frontwoman Ellis helms “Tantric Pace,” tackling an important theme: violence against women.
“Tantric Pace is about breaking the chains of violent abuse, especially concerning sex crimes towards women. It’s a story of women standing up for feminine power, liberty and security of our gender. The fierce female hero in the song grants the perpetrators the opportunity of inner healing through sound and meditation. We believe in the healing power of sound and music to cleanse the soul of the dark demons that haunt them. The scene, although full of spells and illusions, delivers a clear message. In order to eradicate the cycles of abuse towards women, there needs to be critical attention to self-care through practices such as yoga, meditation, sound healing, empowering therapy, dance, music, art, etc.,” said the U.S. born Ellis, who grew up in London and Belgium, and travels the world studying psychology, philosophy, movement therapy, Eastern healing arts, modern/world dance and sound healing.
Arredondo and Ellis first met while studying at Berklee College of Music. Arredondo was allured by cinema, poetry and classic rock music, and he studied theater and filmmaking in London and New York. He found comfort in the studio composing and recording cinematic music. Before Berklee, Ellis ventured into singing jazz, recording several albums in the genre. While in the UK, she turned down the invitation to join the British band Portishead.
Arredondo and Ellis linked up in New York City three years after graduating Berklee and decided to collaborate. It was at their third show together as The Dye in 2016 that provided confirmation of the creative magic that existed between them. Audio engineer Richie Clarke (Herbie Hancock, Brian Eno) was one of the mesmerized audience members at that concert and he connected the band with Whittemore. Work began in earnest in the East Village at the famed Flux Studios with Clarke as part of the team.

Meanwhile, The Dye cultivated a following by becoming a staple on the Big Apple’s club circuit. They released the “Poem of Ride” EP three years ago, which was mastered by Grammy winner Joe LaPorta (David Bowie). The title track was selected as the best tune of the month on the national radio show Indie Music Countdown. The Dye was already a year into working on “Painting the New Night” when the EP streeted.
“Four years have passed and the experience of making ‘Painting the New Night’ has been the most incredible of my artistic career so far. The entire process changed our lives as musicians completely. I can’t wait for the world to hear the album,” said Arredondo.
The Dye will celebrate the album release with a concert performance at The Cutting Room in New York City on June 9.
“Painting the New Night” contains the following songs:
“Sheet Of Flowers” “Clementine” “Tantric Pace” “Helen”
“Full Moon”
“House Of The Fall” “Pool Of Night” “Summer”
“Colors Of The Universe” “Town Of The Tower” “Tuning The Wind”
For more information, please visit https://www.thedyesound.com. ### 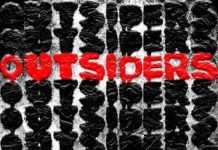 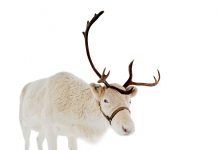 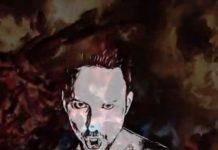